Diplomacy can only get you so far. Sometimes things are gonna get nasty between you and your rivals - so you’re gonna need to know how to fight. Combat in Empire of Sin is turn-based, and requires a lot of strategy in order to come out on top.

First thing you have to know are the combat capabilities of you, your gangsters, and the enemies and allies you’ll be fighting with. These are represented by a few attributes: 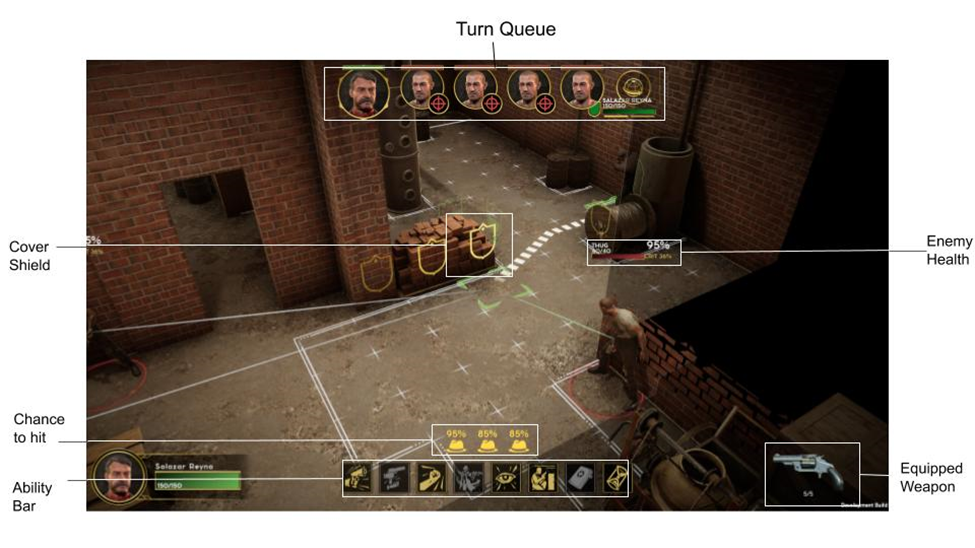 Combat in Chicago isn’t totally lawless - even the most immoral gangsters follow the same rules. Combat is turn-based: you’ll see an indicator of the queue for turns at the top of the screen once combat starts. You’ll have to wait ’til your turn comes around to take an action. A character’s initiative decides their place in the queue - in most situations your Boss will have the highest initiative, allowing you to usually make the first move.

Action Points determine how much your characters can do in a turn. Each character starts a round with two AP - different actions use different amounts of AP. Movement can cost 1 or 2 AP depending on the distance travelled (the distances are decided by a character’s Movement attribute). In the below screenshot, possible movement is displayed in two colors. A tile being white means it would cost 1 AP to move to it, whereas it costs two AP to move to a yellow tile. 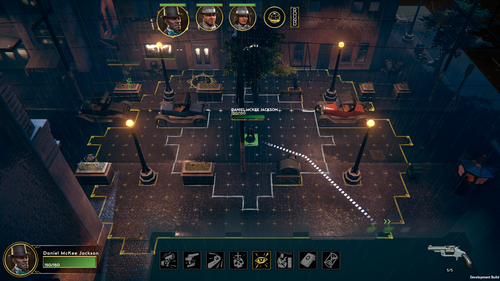 Taking cover is your primary way of protecting you and your crew from the bullets, bombs, and punches that start flying once a fight breaks out. Cover is provided by things in the environment. There are two kinds of cover - half cover and full cover. These two types of cover are represented in individual tiles by a half shield and a shield, respectively. Half Cover gives a +15 Defense Bonus while Full Cover gives a +30 Defense Bonus.

The defensive advantage given by a bonus can be overcome, however. If an enemy moves behind you and your cover option, you lose your defensive bonus, and worse, you are now flanked. The enemy gains a 30% crit-bonus when attacking you. Flanking your enemies while avoiding being flanked is an important part of your positioning.

Actions are triggered from the Action Bar. There’s a large range of actions to use in combat - from standard ‘Fire’ action that shoots your currently equipped weapon at your target, to the profession specific abilities like ‘Sucker Punch’ or ‘Meat Hook’. Each of these actions has its own AP cost.

Let's take the basic Fire action as an example:

Overwatch is a powerful ability that allows you to set a character to watch over a small part of the combat area. Any enemy character moving in the Overwatch zone during their turn will trigger an Overwatch shot in reaction. This area is relative to the range of the currently equipped weapon, and is represented by a cone in front of the character. 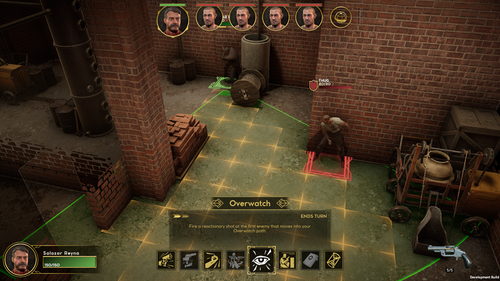 Once you confirm the Overwatch action, and depending on your character's current position, they will take aim over their overwatch zone. If your character is behind a full cover object, a pillar for example, this will cause the character to step-out from behind the pillar, removing their cover bonus and making them vulnerable to enemy fire. This vulnerability ensures that Overwatch isn’t used as a ‘fire and forget’ ability. You’ll need to take into account enemy positions and lines of sight before you set your Overwatch area.

Overwatch can be interrupted by dealing damage to the overwatching character.

I ain’t much for fighting myself, but I’ve witnessed enough gang wars and turf disputes in this city to have picked up a thing or two about shoot-outs. Here are some tips for keepin’ you and your crew alive when the lead starts flying.